The field of interest of the IEEE Society on Social Implications of Technology is to facilitate understanding of the complex interaction between technology, science and society, its impact on individuals and society in general, professional and social responsibility in the practice of engineering, science, and technology, and open discussion on the resulting issues. 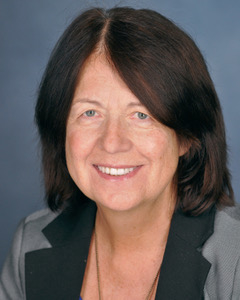 Bozenna Pasik-Duncan received Master's degree in Mathematics from University of Warsaw, Ph.D. and D.Sc. degrees from Warsaw School of Economics (SGH) in Poland. Before moving to University of Kansas (KU) in 1984, she was faculty member of  Department of Mathematics at SGH. At KU she is Professor of Mathematics, Courtesy Professor of  EECS and AE,  ITTC Investigator, CBC affiliate, Chancellors Club Teaching Professor, and KU Women's Hall of Fame inductee. She is Life Fellow of IEEE and Fellow of IFAC,  recipient of the IEEE Third Millennium Medal and IEEE CSS Distinguished Member Award. She has served in many capacities in several societies including IEEE CSS Vice President, PTM- Warsaw Branch Vice President,  IEEE CSS and SSIT BoG member, Program Director of SIAM Activity Group on CST,  Chair of IEEE CSS TC on Control Education, Chair of  AACC Education Committee, member of  IFAC TB, Chair of IFAC Task Force on DI, Past Chair of IEEE WIE Committee, co-founder of  IEEE CSS Standing Committee on Women in Control (WIC) and its first Chair, member of Award Boards of IFAC and AWM, founder and faculty advisor of AWM and SIAM Student Chapters at KU, founder and coordinator of Mathematics and Statistics Awareness Month (MSAM)/ Outreach Program at KU, and founder and Chair of Stochastic Adaptive Control Seminar at KU. She is an Associate Editor of several Journals, and author and co-author of over 200 technical papers and book chapters. Her research is interdisciplinary and primarily in stochastic adaptive control, data analysis and modeling,  and in STEM education. She is a recipient of many awards including IREX Fellow, NSF Career Advancement, KU Women of  Distinction,  Kemper Fellow, IFAC Outstanding Service, Steeples Service to Kansans, H.O.P.E. , AWM L. Hay, Morrison, Max Wells, B. Price, Polish Ministry of Higher Education and Science, IEEE EAB Meritorious Achievement Award in Continuing Education. Her hobbies are music, art and poetry. She loves traveling. She has visited 55 countries. She is passionate about helping others. Her husband, Tyrone Duncan, IEEE Life Fellow is an EE, and professor of mathematics; her daughter, Dominique Duncan, IEEE SM is an EE, mathematician, and assistant professor of neurology and bioengineering. 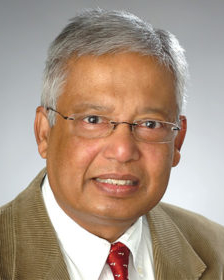 Professor Prasanta Ghosh is a faculty member in the Department of Electrical Engineering and Computer Science at Syracuse University. He has been conducting research in the area of microelectronics and power engineering. He has authored or co-authored many journal articles and conference papers in the area of thin films, solid-state devices, and power engineering. As a Fulbright Scholar, he has traveled internationally to teach engineering students and delivered lectures on his research.  His current research focus includes microgrid, sensors, bio-inspired control for power system and model-based simulation of wastewater data for COVID19. He is a life senior member of IEEE.