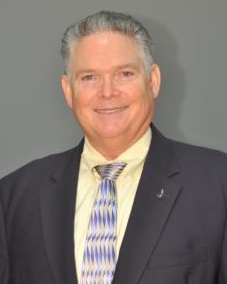 Robert P. Lyons, Jr., is a technical and management consultant and educator with over 35 years of experience in research and development, engineering, program planning, acquisition, and maintenance for a wide range of military and commercial systems. He consults for the aerospace industry, the US Government, non-profit institutes, and commercial concerns. Mr. Lyons retired from the United States Air Force as a Colonel after serving as Director, HQ Air Force Materiel Command Acquisition (AFMC) Center of Excellence (ACE). There he worked in concert with the Secretary of the Air Force’s ACE and led a hand-picked, multi-disciplined team of acquisition professionals in the Headquarters and AFMC Product, Logistics, and Test Centers and Laboratory responsible for driving innovation, challenging and radically changing processes, and helping acquisition and sustainment programs across the USAF.

Mr. Lyons earned his bachelor’s degree (with honors) from New Mexico State University and his master’s degree (Commandant’s Award for exceptional thesis research) from the Air Force Institute of Technology, both in electrical engineering. He is a graduate of Squadron Officer’s School, Air Command and Staff College, Marine Corps Command and Staff College, Industrial College of the Armed Forces (National Security Management Program), the Defense Systems Management College, and the Carnegie Mellon Executive Development Course. He holds certificates in Process Mastery from Hammer and Co.; Leading Change and Organizational Renewal from Harvard Business School and Stanford Graduate School of Business; Advanced Project Management from Stanford University; and Corporate Governance from Tulane Law School. He lectures on Digital Avionics Architectures and Software Management at the University of California at Los Angeles Extension. He also teaches project, program, and risk management classes.

Mr. Lyons served for six years on the National Defense Industrial Association’s Combat Survivability Division’s Board of Directors.  He is currently the Executive Vice President and Acting Vice President for Publications of the Institute of Electrical and Electronic Engineers’ (IEEE) Aerospace and Electronics Systems Society (AESS). He also served as a member of the AESS Board of Governors and as its Vice President of Technical Operations. He has been AESS’s representative to and the Vice President for Conferences for the IEEE Systems Council. Mr. Lyons is a member of the American Institute of Aeronautics and Astronautics, where he serves on the Digital Avionics Technical Committee. He is also a member of the American Society for Quality, the Project Management Institute, and the Association of Proposal Management Professionals, as well as Eta Kappa Nu and Phi Kappa Phi honor societies. 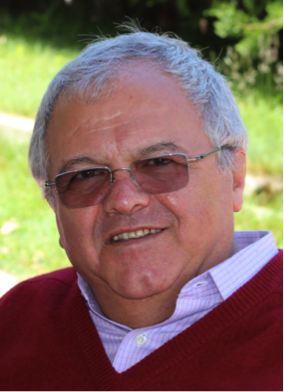 Okyay Kaynak received the B.Sc. degree with first class honors and Ph.D. degrees in electronic and electrical engineering from the University of Birmingham, UK, in 1969 and 1972 respectively.

From 1972 to 1979, he held various positions within the industry. In 1979, he joined the Department of Electrical and Electronics Engineering, Bogazici University, Istanbul, Turkey, where he is currently a Professor Emeritus, holding the UNESCO Chair on Mechatronics. He is also a 1000 People Plan Professor at University of Science & Technology Beijing, China. He has hold long-term (near to or more than a year) Visiting Professor/Scholar positions at various institutions in Japan, Germany, U.S., Singapore and China. His current research interests are in the fields of intelligent control and mechatronics. He has authored three books, edited five and authored or co-authored more than 400 papers that have appeared in various journals and conference proceedings.

Dr. Kaynak is active in international organizations, has served on many committees of IEEE and was the president of IEEE Industrial Electronics Society during 2002-2003. He was elevated to IEEE fellow status in 2003.

Prof. Dr.-Ing. Armando Walter Colombo (Fellow IEEE) joined the Department of Electrotechnical and Industrial Informatics at the University of Applied Sciences Emden-Leer, Germany, became Full Professor in August 2010 and Director of the Institute for Industrial Informatics, Automation and Robotics (I2AR) in 2012. He worked during the last 17 years as Manager for Collaborative Projects and also as Edison Level 2 Group Senior Expert at Schneider Electric, Industrial Business Unit.

Prof. Colombo has extensive experience in managing multi-cultural research teams in multi-regional projects. He has participated in leading positions in many international research and innovation projects, managing an R&D&I total (European Union authorized) budget of ~30,00 Mio EURO in the last 12 years.

His research interests are in the fields of industrial cyber-physical systems, industrial digitalization and system-of-systems engineering, Internet-of-Services, Industry 4.0-compliant solutions.

Prof. Colombo has over 30 industrial patents and more than 300 per-review publications in journals, books, chapters of books and conference proceedings (see https://scholar.google.com/citations?user=csLRR18AAAAJ). With his contributions, he has performed scientific and technical seminal contributions that are nowadays being used as one of the basis of what is recognized as “The 4th Industrial Revolution”: networked collaborative smart cyber-physical systems that are penetrating the daily life, producing visible societal changes and impacting all levels of the society. He is co-founder of the IEEE IES TC on Industrial Agents and TC on Industrial Informatics. He is founder and currently Chairman of the IEEE IES TC on Industrial Cyber-Physical Systems and member of the IEEE IES Administrative Committee (AdCom).

Prof. Colombo served/s as advisor/expert for the definition of the R&D&I priorities within the Framework Programs FP6, FP7 and FP8 (HORIZON 2020) of the European Union, and he is working as expert/evaluator in the European Research Executive Agency (REA), ECSEL, Eureka- and German BMBF/DLR IKT-Programs.

Prof. Colombo is listed in Who’s Who in the World /Engineering 99-00/01 and in Outstanding People of the XX Century (Bibliographic Centre Cambridge, UK). 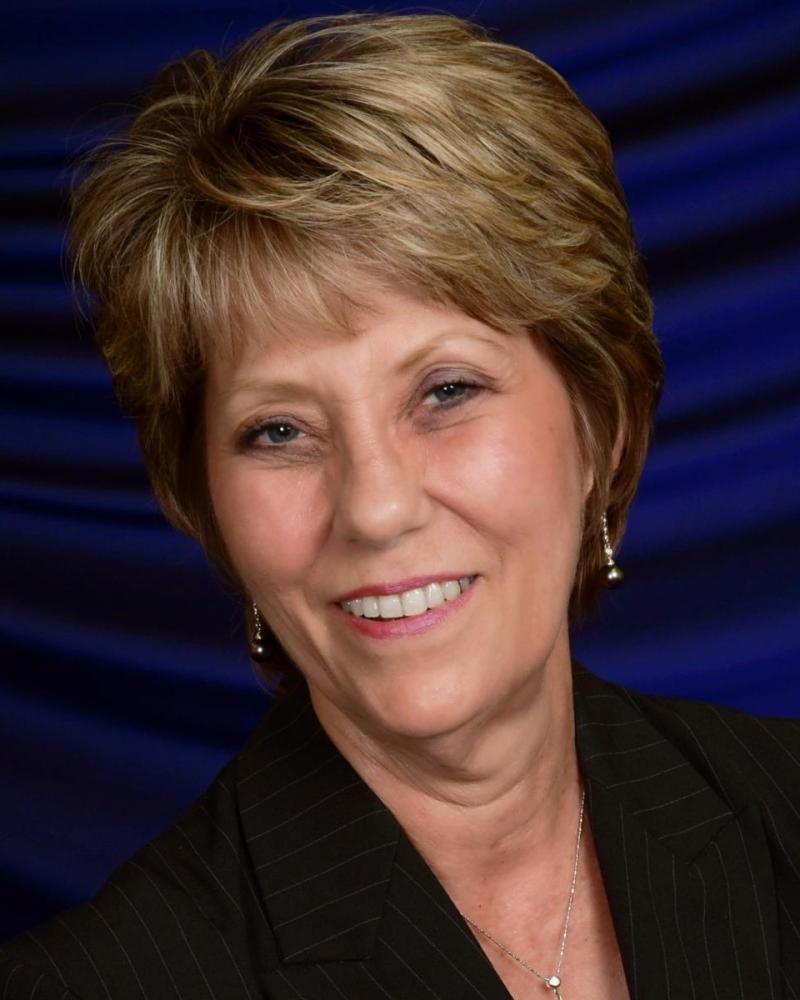 Dr. Dyer is a Fellow of the Institute of Electrical and Electronics Engineers (IEEE) and is currently serving as the Junior Past President of the IEEE Instrumentation and Measurement (I&M) Society. She served as the President of the IEEE I&M Society during the calendar years 2016 and 2017, and in various other officer positions of the I&M Society over the past 12 years.  She has served on the I&M Administrative Committee (AdCom) since 1999.  In 2017, she was appointed to serve on the IEEE TAB AdHoc Committee on Design for Ethics, and in 2018 was appointed to serve on the TAB AdHoc Committee on Contracts and as the Chair of the CRFID Advisory Committee.  She received the IEEE Instrumentation and Measurement Society’s Distinguished Service Award in 2011.

She also is a Fellow of the Association for Women in Science (AWIS) and is a Senior Member of the Society of Women Engineers (SWE).  During the 2003-2004 academic year, she was an American Council on Education (ACE) Fellow and served at The Ohio State University. 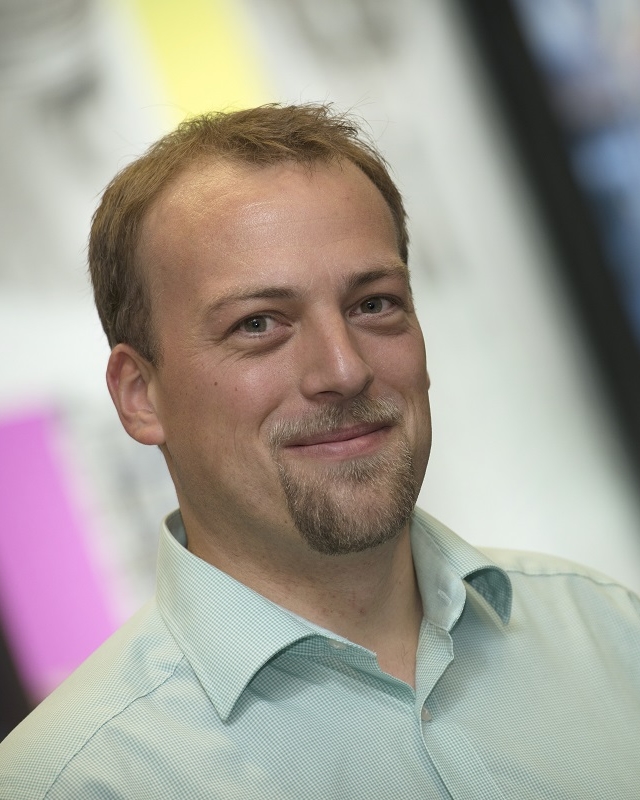 From 2006 to 2011, he was a Research Assistant with Ruhr University Bochum, where he was involved in integrated circuits for millimeter-wave (mm-wave) radar applications. In 2011, he became an Assistant Professor with Ruhr University Bochum. In 2013, he became the Head of the Department of mm-wave Radar and High Frequency Sensors with the Fraunhofer Institute for High Frequency Physics and Radar Techniques, Wachtberg, Germany. In 2016, he became a Full Professor for Integrated Systems with Ruhr University Bochum. He has authored or coauthored more than 100 scientific papers and has issued several patents. His current research interests include ultra-wideband mm-wave radar, design, and optimization of mm-wave integrated SiGe circuits and system concepts with frequencies up to 300 GHz and above, as well as frequency synthesis and antennas.

Prof. Pohl is a member of VDE, ITG, EUMA, and URSI. He was a co-recipient of the 2009 EEEfCom Innovation Award, the 2012 EuMIC Prize, and the 2015 Best Demo Award of the IEEE Radio Wireless Week, and a recipient of the Karl-Arnold Award of the North Rhine-Westphalian Academy of Sciences, Humanities and the Arts in 2013 and the IEEE MTT Outstanding Young Engineer Award in 2018. 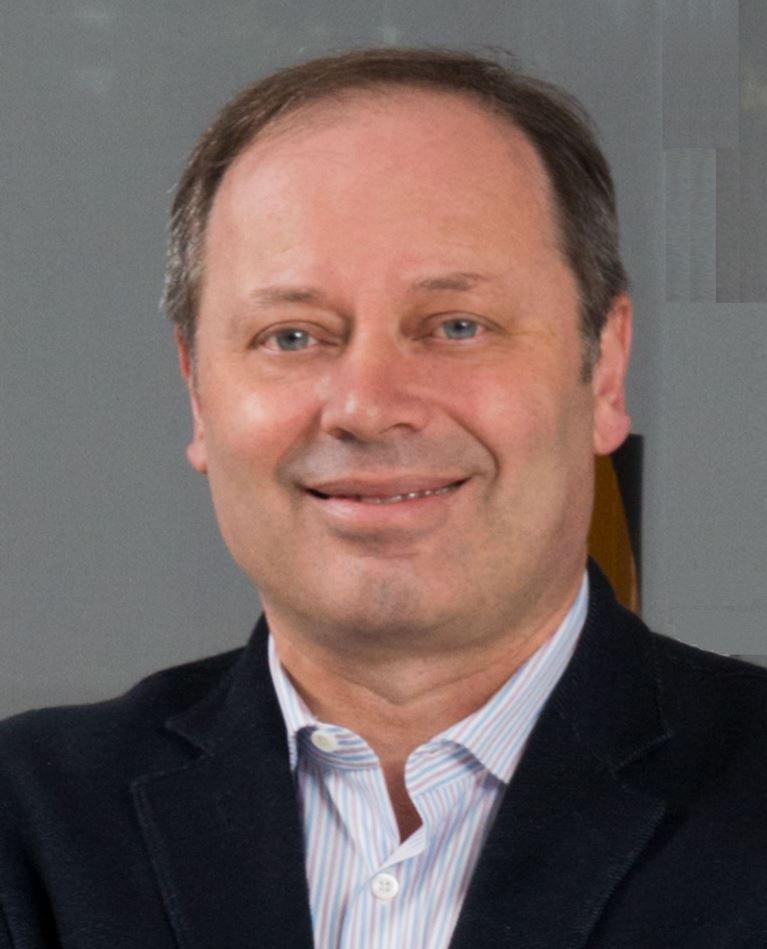 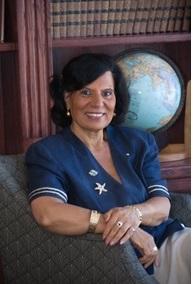 Dr. Ferial El-Hawary (M'82-S'86-F'99) received the B.Eng. degree from University of Alexandria, and the M. Sc. from the University of Alberta, Edmonton, Canada, in Electrical Engineering; and the Ph.D. in Oceans Engineering from MUN, Canada. Dr. El-Hawary is President of BH Engineering Systems Ltd. She served on the Faculty of Engineering at Dalhousie University, where she established and directed the Modeling & Signal Analysis Research Laboratory. Sustained research contribution devoted to OCEANS Application with significant impact on defense, navigation and Oil & Gas exploration. She has published widely in IEEE Journals. She is Editor-in-Chief of The Ocean Engineering Handbook and served as Associate Editor of IEEE Oceanic Engineering Journal. With more than twenty-five years experience in teaching Electrical and Signal Processing for Oceanic Engineering applications, she has made significant and sustainable contributions in promoting and developing continuing education programs. She is the founder of the Modeling and Signal Analysis Research Laboratory at the Faculty of Engineering at Dalhousie University, and founder of BH Engineering Systems Ltd., specializing in technology transfer and professional development courses, linking academic innovations to industrial needs.

Ferial has been a devoted IEEE volunteer for over 30 years by serving IEEE and Oceanic Engineering Society (OES) with many different capacities. Served IEEE-Board of Directors, Board MGA (2008-2009), IEEE-Honorary Membership Committee and IEEE Fellows Committee member. Served EEE/OES Administrative Committee Member as OES Vice-President International Activities, and OES Membership Committee Chair. Ferial is recognized for her leadership in establishing many of the OES Chapters Globally. Served many of IEEE OCEANS Conferences as General Chair and Co-Chair, as well as IEEE Section Congress’08.

Ferial is the recipient for many awards recognizing her contributions with devoting services to IEEE and some of its Technical Societies: She is the recipient of 2017 -“Murugan Memorial Award” for her contributions to the Canadian Atlantic Section and IEEE, the IEEE-Systems Man & Cybernetics Society (SMC) Outstanding Contribution Award, 2008, IEEE- Educational Activities Board (EAB) Meritorious Achievement Award in Continuing Education, 2007, Marine Technology Society (MTS) Ocean Engineering Compass International Award, 2005, the J.J. Archambault IEEE/Eastern Canada Council Merit Award, 2002, IEEE Third Millennium Medal, 2000, IEEE/RAB Achievement Award, 1999  IEEE/OES Distinguished Service Award, 1997,  Fellow of MTS, 1985, Fellow of the Engineering Institute of Canada (EIC),1997 and She is a Fellow of IEEE since1999 .