The Member Service Committee and its subcommittees aim to identify key areas of service to benefit Systems Council participants and its Member Societies including but not limited to: 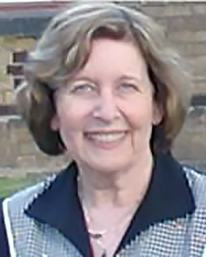 Stephanie is a Senior Life Member of the IEEE. She was President of the IEEE Systems Council 2018-2019, and served on the IEEE Technical Activities Board during this time. She served on the IEEE Publications Products and Services Board (PSPB) for six years as Chair of the IEEE Thesaurus Editorial Board. She was an active volunteer in the Computer Society (CS) for many years, serving on the CS Board of Governors and as CS Vice President of Technical Activities. She has been both a Systems Council Distinguished Lecturer and a Computer Society Distinguished Visiting Professional. She founded the CS Technical Committee on the Engineering of Computer Based Systems (ECBS), serving as its Vice Chair and Chair. As Guest Editor for IEEE Computer, she educated CS members on the issues and advances in ECBS.

Please direct all questions to the VP Member Services or the appropriate chair.